On Swatters and other internet terrorists!

In case you aren’t familiar with the term ‘Swatter’, it refers to someone who calls the police pretending to be someone else in order to perpetrate a hoax whereby the police are lead to believe a violent crime is in progress. This action oftentimes results in the sending of a Swat team that come armed to the teeth, breaking down doors and handcuffing innocents before the hoax is unraveled. Oftentimes the call appears to come from that person’s residence and so is believable. What is for sure is that this rising phenomena is going to lead to someone getting killed at some point in the future.

Why would someone perform a prank like Swatting? Actually, a better question would be to ask why anyone would seek to disrupt the internet, local police and individual lives… The answer is simple. These individuals are terrorists, pure and simple. They are seeking nothing less than the destruction of free speech and the downfall of western civilization by any means possible, and they have no qualms in the event someone dies as a result of their actions.

It is for that reason that I would call on governments everywhere to charge these individuals with a capitol offense whenever and wherever they are caught! This might even be an opportunity to re-establish the shooting squad here in the US. I wonder how many of these nut jobs would continue their nefarious ways after watching another of their kind executed in such a manner. Not many I would suspect.
Posted by Dan Owen at 9:15 AM No comments:

Which one of you are more loyal? 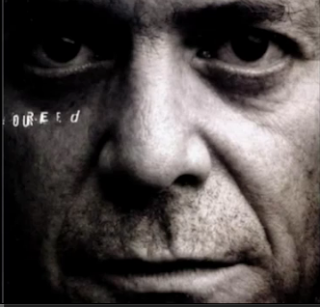 http://youtu.be/Oq1jHol8pGw
Posted by Dan Owen at 6:29 PM No comments:

All data and information provided on this site is for informational purposes only. The owner of this blog makes no representations as to accuracy, completeness, currentness, suitability, or validity of any information on this site and will not be liable for any errors, omissions, or delays in this information or any losses, injuries, or damages arising from its display or use. All information is provided on an as-is basis.

Dan Owen
I am a simple man with a head full of sand (trust me on that). I'm decreed from SIU with a major in microbiology. My current interests include gardening, photography, blogging, boating, weather and hiking!